With the 2020 census less than a year away, there is heightened attention to just what it will mean for policy and advocacy in communities across the country. That’s because the decennial census—the official population count of the United States—has far-reaching consequences. The federal government uses the data to determine the apportionment of congressional representation, businesses use it to make important investment decisions, and, importantly for nonprofits, the census shapes how billions of federal dollars are allocated to states. For instance, census data is used to allocate funds to programs ranging from the Federal Aid Highway Program to the Children’s Health Insurance Program (CHIP).

For these reasons, it is imperative that the 2020 census count is fair, accurate, and inclusive. 501(c)(3)s will be important players in this process. Not only do they have a role in advocating for a complete count of populations that — sadly — are often undercounted, but they themselves stand to lose out on federal funding they need to meet community needs if their area’s population is undercounted.

Some nonprofits may be concerned about the additional controversy surrounding the census this year, because the Trump Administration has proposed that a citizenship question be added in 2020. There is ongoing litigation challenging this proposal and the Supreme Court is set to rule on it, but regardless of whether a citizenship question is included, 501(c)(3)s need to support a full count of people of color, American Indian and Alaska Natives, immigrants, low-income individuals, and other marginalized communities. 501(c)(3)s that serve these constituencies are especially critical in communicating with them about the importance of participating in the census to ensure all are counted in 2020.

Nonprofits can get involved in census advocacy by advocating for adequate funds for census outreach at the federal, state, and local level, calling for the formation of or participating in complete count committees, and joining census working groups. Finally, nonprofits can participate in census outreach themselves to support the full count of their communities. Several of these options are described below.

about why it is safe and important for them to respond. This means that adequate funds must be allocated for census outreach, which may include everything from advertising to door-to-door outreach by census workers and community organizations. 501(c)(3)s and private foundations advocating for accurate counts may want increased funding in the federal and/or state budgets for census outreach.

While the 2020 census is a federal undertaking, states have appropriated millions of dollars in state funds to aid in a successful and equitable count.

501(c)(3) public charities, but not private foundations, may lobby to impact the budget. Like all lobbying, this activity must be tracked and reported accordingly, and remain within applicable limits.

State legislatures and governors have the power to encourage an accurate and inclusive census by creating “complete count” committees or commissions. These committees bring together individuals, civic organizations, private foundations, nonprofits, faith-based groups, and others to shape census policy.

Your 501(c)(3) may have many different ideas it wants to discuss with complete count committees. The question of whether such advocacy would constitute lobbying would depend on whether you are expressing a view about specific legislation – such as a specific state budget allocation. Since the committee is composed of government officials, communicating with them about specific legislation would be lobbying even though they are not the legislators that vote on the legislation. This is because, as a governmental body, they may participate in the formulation of legislation by giving their opinion to the legislature. However, communicating with them about issues that don’t have to be voted on by the legislature, such as the details of outreach plans, would not be considered lobbying under IRS rules, since those plans are not legislative in nature.

Nonprofits and foundations all across the country recognize the need to support the 2020 census, advocate for positive census policy changes, and ensure an accurate count.

Joining other nonprofits and foundations in working groups and initiatives is one effective method of spearheading census advocacy. Here are some examples of websites where you can learn more and get engaged:

Do Census Outreach in Your Community – Funding May be Available!

Nonprofits are uniquely positioned to help improve the census count. You have trusted relationships with communities that are hard to count, and often have a base of volunteers who can be mobilized to do outreach.

States and local jurisdictions that have funded their own census outreach efforts may now be in the process of awarding those funds to nonprofits to do this outreach. Check in with your state or local complete count committee or other nonprofits and foundations championing Census 2020 in your area to ensure you are aware of these opportunities and deadlines. Engaging in advocacy and working with networks in your area will increase the likelihood of accessing these funds.

Finally, whether you obtain dedicated funding for this work or not, there are a number of tools that can make this process easier to add on to your other important work. One such tool is “Census Campaign in a Box” which aims to enable nonprofits to create and manage census campaigns quickly and effectively.

Nonprofits and Foundations Can Advocate to Remove the Citizen
Bolder Advocacy | August 29, 2018
While the census is still two years away, important and consequential decisions regarding census policy are being made today and nonprofits and foundations have 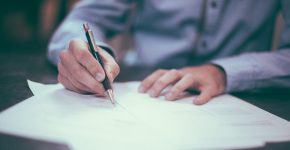 Litigation Update: Census 2020 Citizenship Question
Nona Randois | January 28, 2019
In addition to the critical role the census plays in determining the apportionment of congressional representation, the census shapes how hundreds of billions
Helping nonprofits and foundations to advance their mission and serve their communities through advocacy.
Donate