“The right to vote: It defines our nation as a democracy. It is the key to what Abraham Lincoln so famously extolled as a ‘government of the people, by the people, [and] for the people.’”

So begins the 2014 decision by the U.S. District Court for the Southern District of Texas in Veasey v. Perry, which found “a penchant for discrimination in Texas with respect to voting… that has persisted over generations despite the repeated intervention of the federal government and its courts on behalf of minority citizens.”

At Texas Civil Rights Project, we are committed to the elimination of obstacles that prevent millions of eligible voters from participating in the democratic process. We are Texas lawyers for Texas communities, guided by our vision of a Texas in which all communities can live with dignity and justice, and without fear. 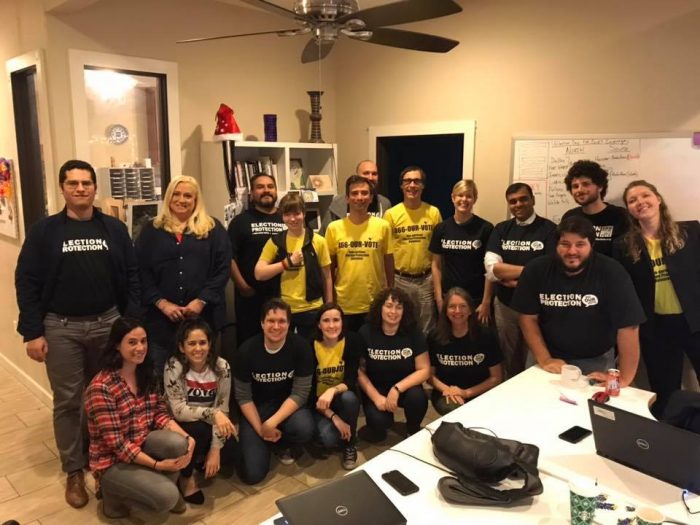 Texas currently has some of the most restrictive voting policies in the nation, ranking 46th out of 50 in a recent study that examined the cost of voting in every state. There has been a nationwide surge in voting restrictions at the state level since the Supreme Court’s 2013 decision in Shelby v. Holder that gutted the Voting Rights Act of 1965. From photo ID requirements to complex limitations on how to register to vote, these policies are often enacted under the pretense of preventing voter fraud, even though numerous studies demonstrate that this is an extraordinarily rare phenomenon. The cumulative effect of all of these policies is to reinforce systems of oppression in our society by preventing people of color, young people, those without means, and those with felony convictions from voting.

As the Texan population becomes increasingly “majority minority,” limitations placed on voting in the state have evolved and multiplied – and we have adapted our advocacy efforts in response. Since our founding in 1990, the Texas Civil Rights Project has brought thousands of strategic lawsuits to protect and expand voting rights in Texas. In addition to continuing this important work, we support grassroots voter mobilization efforts through our Election Protection and Take Back the Vote campaigns. We also work in coalition with our partners to stop harmful legislation that curtails voting rights, such as Senate Bill 9. 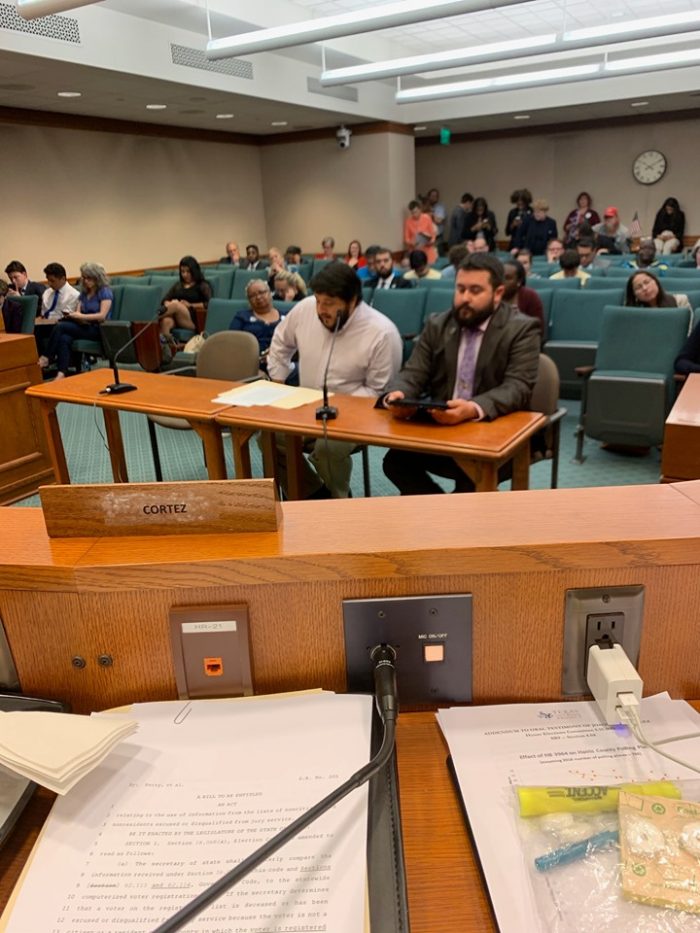 Since Shelby v. Holder, an increasing number of states have engaged in voter purging efforts. Although removing voters from the rolls can be necessary when people have died or moved out of state, this practice often serves to disenfranchise voters who are removed in error or — unfortunately — as part of a calculated effort at voter suppression.  This past year, we successfully used litigation to prevent the Texas state government from engaging in a massive voter purge.

On January 25, 2019, the Texas Secretary of State’s office issued an advisory notice that it had compiled a list of 95,000 registered voters it had flagged as potential non-citizens. This list would be shared with local election officials with directions to send these voters demand letters that required them to supply proof of citizenship within 30 days or be removed from the voter rolls.

The list was compiled based on a comparison of the voter database with Department of Public Safety data on non-citizens who had obtained driver’s licenses or personal identification cards. Yet this approach to identifying non-citizens was flawed because it did not include safeguards to ensure that naturalized citizens would not be erroneously included on the list. Texans are not required to notify the Department of Public Safety about changes in citizenship status between renewals. Given that there are around 50,000 new naturalized citizens in Texas each year, it was very likely that most – if not all – of the 95,000 voters on the state’s list were naturalized citizens who had not yet been required to renew their licenses or ID cards.

Accordingly, we knew we had to act to protect the right to vote of naturalized citizens. Shortly after the release of the advisory, we joined 12 other civil rights organizations in sending a letter to the Secretary of State urging him to rescind it and to all 254 counties urging them not to act on it. Despite this warning, the state forged ahead with its plans, and several counties began to send letters to voters on the list.

To prevent the state from following through with the unlawful purge, we joined our partners at the American Civil Liberties Union of Texas, the national ACLU, Demos, and the Lawyers’ Committee for Civil Rights Under Law in filing a complaint against the Texas Secretary of State, director of Elections, as well as local election officials in eight counties.

Within one month of filing the complaint, the federal court temporarily blocked local officials from purging any voters from the rolls as part of the citizenship review. Within two months, we reached a settlement agreement with state officials. According to the agreement’s terms, the state rescinded the advisory announcing the purge effort, and agreed to a new voter database maintenance process more limited in scope. Should the state continue to discriminate or violate protected rights of citizens, we retain the right to bring another challenge to the process. In the words of our Voting Rights legal director, Beth Stevens:

“State officials have wasted hundreds of thousands of dollars and struck fear and confusion into thousands of voters in order to pursue their voter suppression agenda. We are glad that this particular effort was stopped in its tracks and we will remain vigilant to ensure that not one single voter loses their right to vote due to the actions of state officials.”

At Bolder Advocacy, a program of Alliance for Justice, we can help you navigate the rules of advocacy and build your advocacy capacity. In addition to in-person and online training and workshops, we provide free one-on-one technical assistance for nonprofits and foundations engaged in advocacy work.

To learn more about how to maximize your organization’s efforts in election-related activities, including voter protection and registration work, please check out the following resources: